Renee Miller gives readers a lot to unpack in her slim psychological horror novel CHURCH (Unnerving Press, 2017), from its themes of mind-control and religion, to how these ideas are approached, and the characters/points of view through whom they’re explored. This book made my skin crawl very early on, and pulls few punches as the true menace of the story reveals itself and escalates. Miller hardly seems to either try or need to reach for shock-value. Rather, she matter-of-factly lets things play out to their logical extremes according to human nature under these circumstances, which are appropriately nightmarish.

The premise is at once simple and loaded: a devout Catholic man has fallen for Carol, a woman in a bizarre cult (the resemblance to Scientology and other headlines-making fringe-groups is not subtle). He sets out “save her soul” by investigating her church and pretending to join, and quickly finds himself in over his head, trapped in an escalating nightmare as the cult’s leader Darius seeks to brainwash him into the fold.

Miller almost immediately foregoes wrapping her “Zabir” cult in any real mystique, instead opening from the point of view of Darius, graphically exploring his systematic process of brain-washing, abuse, exploitation, and sustained mind-control over his followers.

This book’s structural masterstroke is its tight sense of focus; other than Ray, I’m pretty sure the only character in the book who’s not a cult member is the Priest he consults in his obsession with “saving Carol’s soul.” We only really get to know Ray, Carol, Darius, and Darius’s right-hand man Cole, a sadistic pervert who seems to be in on the scam with him, at least to some degree. Even more starkly apparent is how there are no “good guys” here. Through Darius, we see the venal, cynical greed behind the sham personified by organized religion, but it’s through Ray that we explore the mentality of the “true believer”. It’s clear that Ray’s own fanaticism, while more conventional and less overtly destructive, is just as toxic, controlling, and delusional as that of the followers of Zabir. Miller never lets us forget this, yet she manages to endear us to him just enough that we empathize and fear for him as he falls into the cult’s clutches and struggles to retain his own identity and sanity. The central dramatic thrust of the narrative is the escalating battle of wills between Darius and Ray, and one could equally argue either one to be the true protagonist here…particularly once Darius’s true motives for ensnaring Ray become clear. We’re made to feel almost like his co-conspirators as he stretches his depraved ingenuity in their mental cat-and-mouse game. Some readers will find it understandably off-putting that we never get a look into Carol’s real point of view on all this (more on that in a moment), though the enigma surrounding her proves crucial, as her role in both the cult’s conspiracy and the larger narrative yields some of the book’s most crucial, shocking surprises.

If I have one major gripe about this novel, it would be that Miller misses any opportunities to really explore what kinds circumstances and states of mind leave people susceptible to getting suckered into this kind of cultish brainwashing. In these current political times, it’s an especially pertinent hot-button issue, of which the subject-matter itself begs the question. Ray seems to have been raised within the doctrine of his church, and there’s only one brief mention of him having once strayed from that fold before being drawn back in. What we never really get is any exploration from the point of view of the cult members themselves, how they see Darius, or the psychology of what bad place in life made joining the cult seem like a good idea at the time in the first place.

In the latter half of the book, Miller at times seems to be planting seeds to deeper mysteries that go nowhere. By the time one turns the final page, though, one’s left with the stark sense that there’s not all that much depth to these rotten people or the horrors they inflict on each other, beyond greed and hubris, with whatever grand ideologies they wrap it in being quite incidental…and it’s hard to get more horrific than that. 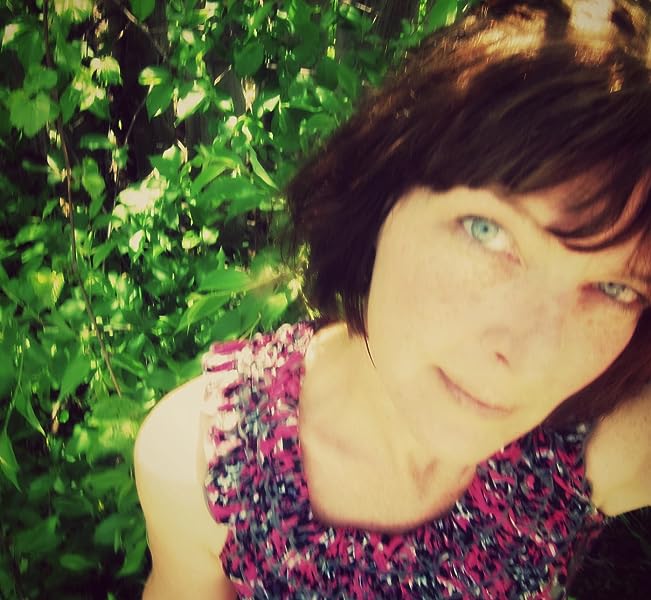 Renee Miller lives in Tweed, Ontario. She writes in multiple genres, but prefers dark fiction with strong elements of horror, erotica and/or comedy.
Follow her on Twitter and visit her Amazon author page to grab a copy of CHURCH and other titles in print and e-book.